What happens to the weight you lose?

Does it turn into energy ? water ? ether? heat ?

Weight loss methods abound in the media and on the internet. Not a day goes by without its share of new theories on the best tips to lose extra pounds. However, most people, and even many health professionals, have no idea what happens to the fat we lose when we shed weight [1]. What does it become? How does it leave the body? Let us shed some light on this apparent mystery which is actually well understood. 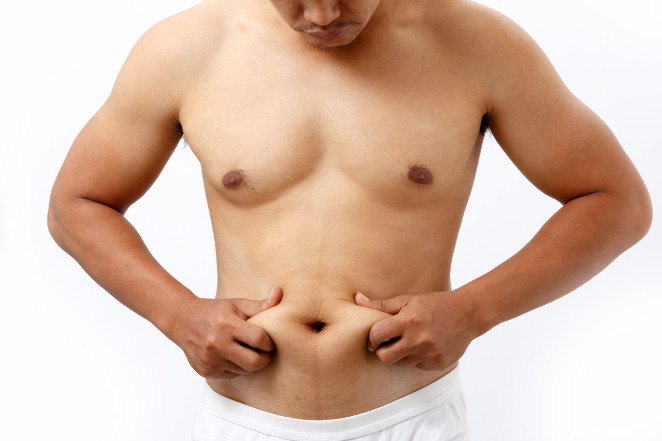 First things first: what is fat?
Before looking into how to lose weight, let us first examine what it is exactly that we lose. The fat stored in our bodies is made up of billions of molecules, which look something like this:

These are called triglycerides. Triglycerides are made up of three different types of atoms: carbon (C on the image), hydrogen (H) et oxygen (O). As you can see from the picture, triglycerides contain a lot of hydrogen, a lot of carbon, and some oxygen. This may sound complicated, but fear not: no need to delve into more complex details to get to the point.


How does your body use this fat?
When the body mobilizes triglycerides to derive energy from them, it pushes them into a dizzying series of chemical reactions which completely reshuffle them, cut them up into smaller bits which are then rearranged, to ultimately end up with two end products: water and carbon dioxide..
And of course, the point of all these reactions was to extract the energy 'stored' within fat. Said energy will then be used for all sorts of bodily functions (for example, muscle contraction).

To better visualize what happens, imagine a juice extractor. You put in your fruits (which would stand for triglycerides), then the juice extractor spins at full speed to extract juice (similar to energy). Once the process is complete, only the pulp and fiber (water and carbon dioxide) remain. It just so happens that a major chain of chemical reactions taking place in the body (called the Krebs cycle) is usually depicted in a way that does look like a centrifuge (no need to decipher this figure, I just wanted to show you its shape): 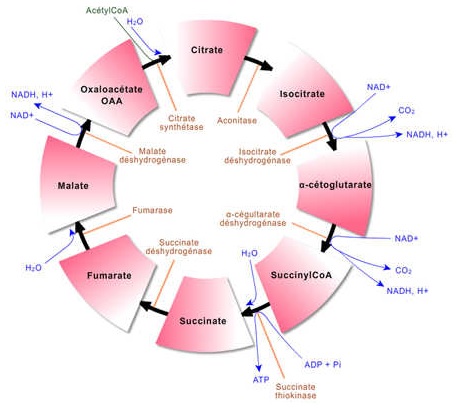 Anyway, coming back to the waste products all these reactions have left us with: water (H2O) and carbon dioxide (CO2). You may have noticed that they contain the three types of atoms that make up triglycerides (carbon C, hydrogen H, oxygen O): they're all there. So this is what the human body turns fat into once it has, in common parlance, 'burnt' it.

But what about body weight? How does it go down?
Since all the atoms which form triglycerides have found their way into water and carbon dioxide, there is no loss of matter during this transformation that has taken place inside the body. Ten kilos of fat 'burnt' will yield ten kilos of CO2 and water (more exactly : 8.4 kg of CO2 et 1.6 kg of H2O as per scientific estimates[1], that is, a vast majority of carbon dioxide, and some water).

Then, the CO2 passes into the blood and is exhaled through the lungs. In other words, a significant proportion (84%!) of the weight we shed leaves the body through breathing! The carbon atoms (C) that previously made up triglyceride molecules are thus completely expelled from the body via this route, and so is part of the oxygen (O), in the form of CO2 [2].

The remainder of the oxygen (O) atoms that were part of triglycerides and which have not been exhaled as CO2 then combine with hydrogen (H), to form water (H2O) [2]. This is called metabolic water.
Metabolic water production from fat itself is rather limited (since it is mainly derived from the oxygen we breathe and accounts for only about 16% of the fat 'burnt' [2][3]) and, like a drop in the ocean, it gradually mixes with the rest of body water (which can account for up to 70% of total body weight [4], i.e. over 100 lb for a 150-lb individual). Given that the water contained within the human body is constantly being renewed, metabolic water originating from burnt fat will eventually also be evacuated in the form of urine, sweat, steam from the breath, tears, etc., to be replaced with newly ingested water.

So what? What is the point of knowing all this?
The point is that a number of urban legends can now be safely dispelled. For example: 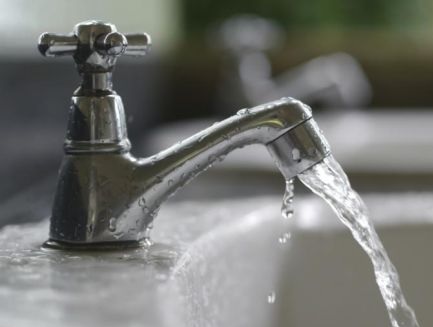